This was a spot I did with Continental Airlines. It was a beta project that was to be used in conjunction with LiveTV in order to provide channels for online flight.

Almost every aspect of my skills was used to produce this particular spot.


In the first shot, a model of a Continental commercial airplane was used and brought into Maya to be animated. The shot required that the camera do a flyby and go directly into the cockpit and into the armchair. The armchairs were brought in and we shot a camera rig into the chairs. The next shot was then composited into the chair’s TV Screen.

The next few shots are standard luma-keyed shots. Nothing to fancy here. There is one thing to note, the original shot was done on white, which caused a problem in the keyer due to the blonde hair. I remedied this using a motion tracker and then different levels of keying.

The next big scene to note is the guy in the seat floating in the clouds. 3D particle effects were used to create the cloud layer and then composited into After Effects. A track was used to go around the dolly in order to get the ‘revolve’ effect. This was all shot on green so that it could be all be keyed out later to get the final shot. 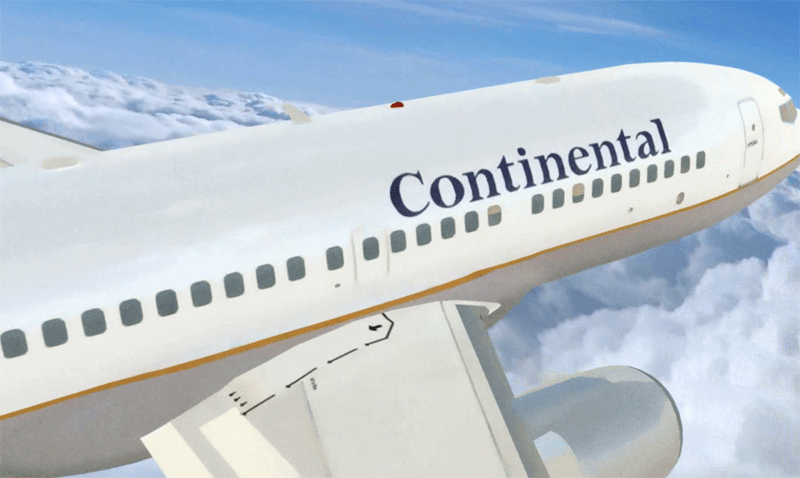 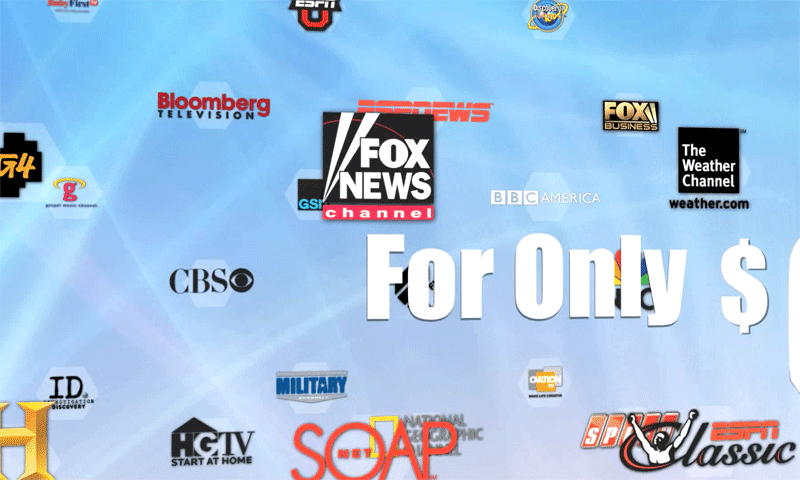 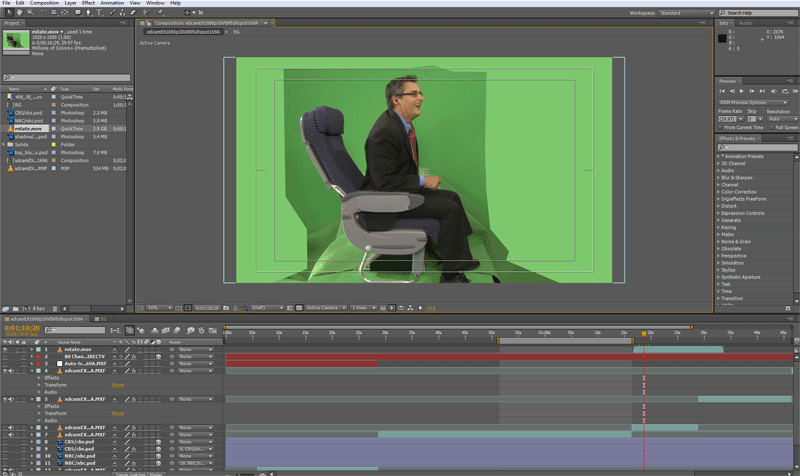 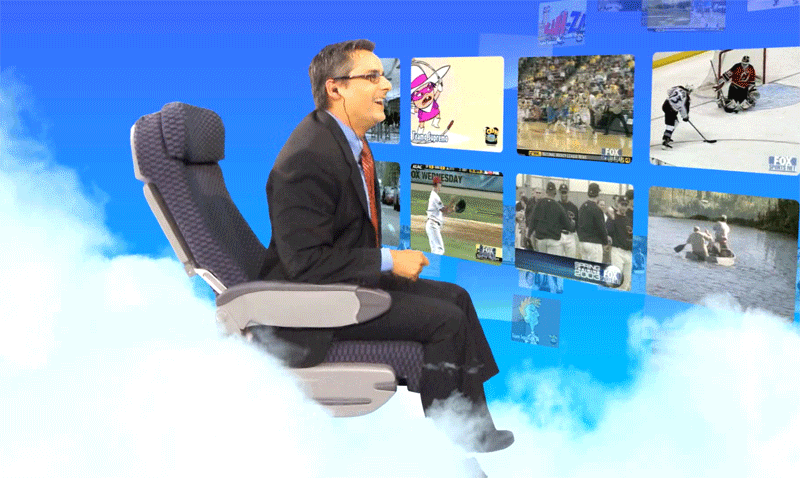